A new publication on witness protection in international inquiry missions

Cynthia petrigh from Beyond (peace) has been involved in fact-finding and documenting human rights abuses, both at field level as well as research.

She has now published the results of a research conducted for the Humanitarian Policy and Conflict Research programme of Harvard University.

This paper will contribute  to the work of the Harvard Group on monitoring, reporting and fact-finding missions and more generally, to the academic and practitioners’ debate on the responsibility to protect witnesses and victims. 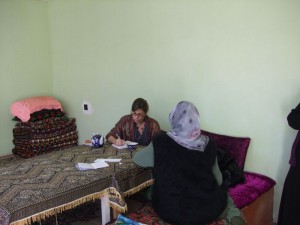 The paper identifies two dilemmas. Firstly, while statements from witnesses and victims account for the predominant evidence when investigating human rights violations, the very fact that victims and witnesses decide to come forward and contribute to the establishment of the truth can put these individuals at risk.

A second dilemma emanates from the ad hoc nature of such missions, in contrast with the need to ensure protection on a long-term scale. In the often-volatile contexts in which MRF missions typically operate, security risks also arise for MRF staff members participating in on-the-ground operations.

The paper analyses how past MRF missions, whether commissioned by ad hoc bodies or by the UN, have grappled with these risks. The paper examines the sources of the obligations to protect witnesses, victims, and staff; the nature of the threats that could arise; the protective steps that have been taken; and the measures that could be taken by MRF professionals in the future.

As this paper demonstrates, often a divide exists between aspirational notions of best practice and the reality of what can be delivered, leaving MRF practitioners frequently uncertain about the lengths and limits of their protective responsibilities.

The paper can be downloaded from: http://papers.ssrn.com/sol3/papers.cfm?abstract_id=2392493