We train and advise armed forces and non-state armed groups 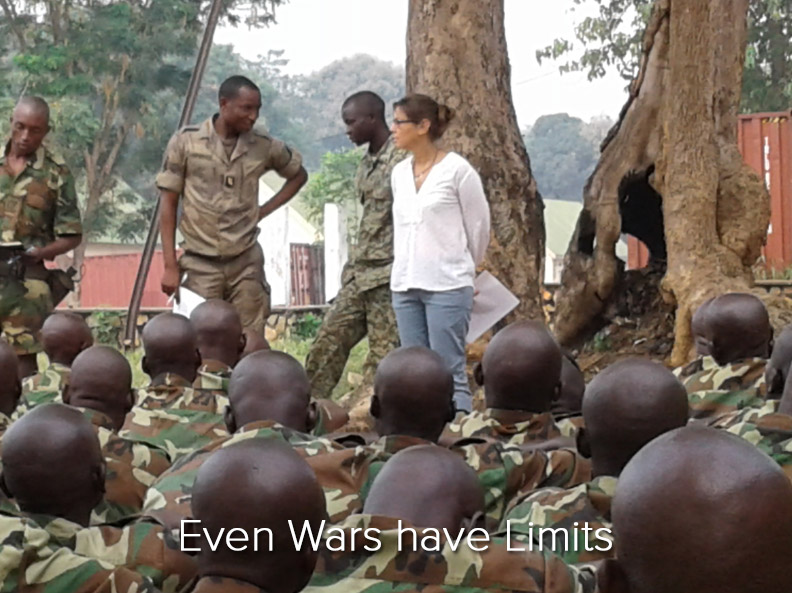 Beyond peace specializes in training armed forces and non-state armed groups on the Law of armed conflict (LOAC), on the prevention of sexual violence (PSV) and generally on compliance with international norms in order to upgrade their behavior, their efficacy and their reputation.

We have just completed a 6-month pilot project in Central Africa, aiming at training the Central African Armed forces (FACA) on International humanitarian law (IHL) and prevention of sexual violence. The project was implemented through a partnership with the EU training mission (EUTM) in CAR with the support of UK government.

The pilot project is a success. It was designed and managed by Beyond peace, thanks to the endorsement from the highest CAR authorities and support from the UK Government. What would be needed to systematise this component in EU CSDP missions? We will be holding a series of meetings in 2018 in order to share ideas and findings to this effect. Contact us to find out more or to participate: cynthia.petrigh@gmail.com

Beyond peace works regularly with the UK armed forces as a Gender adviser. Our work includes: 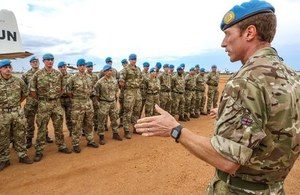 Beyond peace works with the US Africa Command on accountability for Commanders of African units deployed to UN peacekeeping missions. We participated in the African accountability workshops organised by the US Africom and the San remo Institute of International law in 2014 and 2016.

Beyond peace contributes to the work of the San remo Institute of humanitarian law (IIHL). In addition to her role as the former Director of the Refugee Law Course, Founder Cynthia Petrigh, who is a member of the Institute, is regularly invited to participate in reflection and debates, such as the San remo annual Round-Table on current issues of IHL.

Beyond peace Cynthia Petrigh designed and implemented the IHL/human rights/PSV training package for the EUTM mission in Mali. We trained 2,700 troops and officers during this UK seconded deployment which took place from June 2013 to June 2014. During this time, we developed lectures, drills, evaluations, as well as training for the European training officers, for increased cohesion, effectiveness and multiplying effect.

Challenges facing the FAMA (such as dealing with civilian riots; handling vulnerable persons at checkpoints; behaving in a professional manner in a context of fear and revenge) were integrated in the tactical exercises with the cooperation of the EU military trainers. 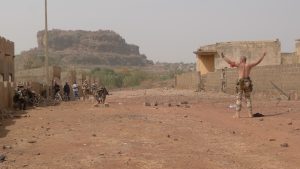 The Malian experience was shared with a number of specialized audiences. We were invited by the Swedish armed forces and the Nordic Centre for Gender in the Military to share our experience and findings, in September 2014, ahead of the deployment of Swedish troops to MINUSMA. A hearing was organised at Whitehall for the different Government agencies to discuss the IHL/PSV training of the FAMA program and its policy implications.

In The Hague, meetings were organised by GPPA with civil society as well as with the Swedish armed forces, who are deploying troops to the MINUSMA. In Belgrade,

We edited and published a training manual based on our experience in Mali with the EUTM. This manual explains the methodology which was developed specifically for the Malian troops and which was used to train more than 3,000 troops. The manual is available for free download on this website. 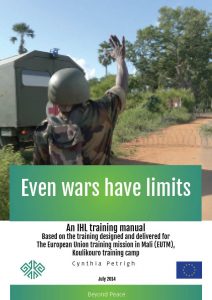 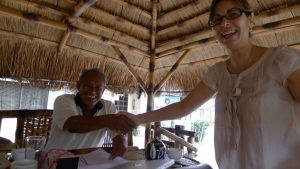 Beyond peace conducts confidential work with other NSAG in Asia and in Africa on compliance, ceasefire monitoring and support to mediation processes.