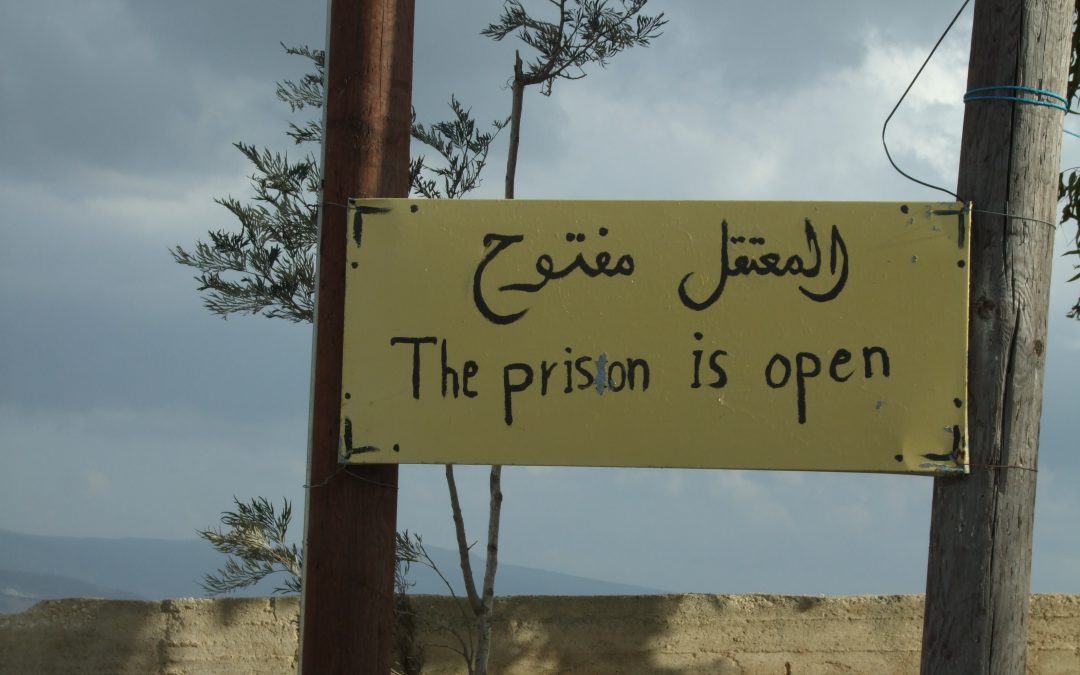 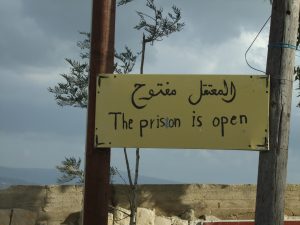 The Covid pandemic is raising many challenges besides the first among them, our own physical survival. The UN Security Council P5 members (the US, Russia, China, the UK and France), the most powerful countries in the world and totalling among them 74% of global arms exports, count among the worst affected countries, not due to a lack of resources (they are among the richest countries in the world and they have a very sophisticated and efficient state apparatus) but due to problematic decision-making process and wrong definition of priorities. Their populations feel they were let down, their fleets are incapacitated (what happened to nuclear deterrence?) and the SC failed to take any action. The virus acts like a lie detector, the emperor is naked. In the same way as WWII showed Europe’s vulnerability to the thousands of soldiers from the colonies who joined the fight – and contributed to trigger decolonisation struggles – will the Covid pandemics lead to a real decolonisation, the decolonisation of the minds?

When France’s Macron declared a situation of war, did he realise all the consequences? In reality, in the post-cold war era, most wars are not won by military victories but through a negotiated settlement. Napoleonic times are over; belligerents do not win by aligning divisions but by showing political savviness, good command of Comms, negotiation skills and a lot of patience. Even the US super-power was not able to win in Afghanistan (or anywhere else) and resorted to negotiate with the once-abhorred Taliban. What does that tell us in times of Coronavirus and what does cooperation mean when confronting a faceless adversary?

According to the parable of the Long Spoons, one day God showed a human being the difference between heaven and hell. God opened the first door. In the middle of the room there was a large table covered with mountains of delicious, fragrant and mouth-watering food. But the people sitting around the table looked skinny, miserable and sickly. They had, tied to their arm, wooden spoons with very long handles and each found it possible to reach into the pots but because the handles were longer than their arms, they could not get the spoons back into their mouths. They appeared to be famished. God said, “You have seen Hell.” Behind the second door, the room was exactly the same. Around the large table with the large pots of wonderful food, people had the same long-handled spoons. But these ones were well nourished and plump, laughing and talking. They looked healthy and happy. They were using their spoons to feed one another. 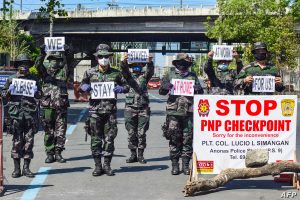 These days a few leaders have decided to send their populations to hell by putting their greed before their people’s needs. The US-China tensions provide a good illustration of competition over cooperation, doubt over confidence, aggressivity over solidarity The styles differ, with China more talented at using soft power and making a lot of publicity for their donations while the US is becoming more and more irrelevant as a global leader, but in the end each side is accusing the other and tries to keep the spoon for themselves. The lack of recognition of Taiwan by the WHO under Chinese pressure has proved detrimental to understanding and fighting the disease. Within the US, the states were forced to compete against each other in a bid to get equipment. In Sweden, the leading light of social democracy and the birthplace of the Nobel prize, the choice was made to let the less productive segments in the population die. From West Africa to the Philippines, governments who have wasted public money on other agendas than public health are requesting security forces to shoot “lockdown violators”, often daily-wage workers who are hesitating between being exposed to Covid-19 or dying of hunger (Tunisia on the other hand, offers a mix of deploying the troops and providing economic support for low and no-income households). The Israeli government is more concerned with asserting its narrative over the occupied territories rather than controlling the epidemic.

For several governments who have failed to protect their population, the temptation is big to resort to the blame game. Sanctions against China are mentioned. While it was never proven that sanctions are useful, it has been demonstrated that they are harmful for the vast majority of the population, and especially their effects on public health are detrimental. It is also far from being an established practice: no sanctions were imposed on the USSR over the Chernobyl disaster which was caused by an accident in a context of insufficient legislation and maintenance. What would happen if we imposed sanctions on the US (who are careful to not join the Rome statute creating the ICC for fear of legal proceedings against their troops’ misbehaviour) for their intentional campaigns which have provoked millions of deaths, from the war in Afghanistan to the invasion of Iraq under a false pretext, the killings by drones in Yemen and so many other tragedies? An eye for an eye and the whole planet will be blind. What we need now is not more sanctions but more cooperation; not aggression but joint forces; not punishment but compassion. 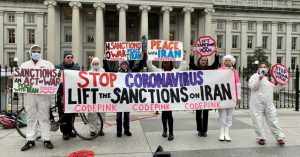 This much needed new paradigm “cooperate or die” is brilliantly illustrated by countries like Vietnam and Taiwan – – the latter not recognised as a State by the UN SC or the WHO. They belong to the very small list of countries currently not involved directly or indirectly in any war – and which can be counted on the fingers of one hand – in spite of China’s aggressiveness, and they are also those who have managed best during the Covid crisis. What does that tell us? Maybe we should change our lenses and look at things based on intuition, reality check and by learning from others, rather than by applying the very rigid, dogmatic frame that has proved so unhelpful. The role of female leadership has been established and hailed as well, in several publications and on this site.

What are the initiatives that can help consolidate this constructive mindset and extend it globally? There are not many. The UN SG’s bold initiative warrants support. “The fury of the virus illustrates the folly of war”, declared Mr Guterres on 23 March 2020. “That is why today, I am calling for an immediate global ceasefire in all corners of the world. It is time to put armed conflict on lockdown and focus together on the true fight of our lives.” The Carnegie group assesses that the impact will be severe in conflict-affected countries, where pandemic responses will struggle with fragmented authority, political violence, low state capacity, high levels of civilian displacement, and low citizen trust in leadership. The danger ranges from militias and legal authorities competing over very limited resources; entire off-limits sectors not being cared for, leaving on their own an already vulnerable population often made of displaced and physically, economically and socially wounded people; to warlords trying to gain legitimacy by offering financial or humanitarian support (the Mafia in southern Italy, the drug Cartels in Mexico) or even increasing forced recruitment (the Houthis in Yemen or Al-Shabab in Somalia) over the argument that dying for the cause is more dignifying than dying at home from the virus.

Yet, around the world, a few belligerents have joined their voices to the SG’s appeal and the Pope’s call for dialogue, in Cameroon, Central African Republic, Colombia, Libya, Myanmar, Philippines, South Sudan, Sudan, Syria, Ukraine and Yemen. There are huge challenges and most of these declarations are very fragile, especially in Afghanistan, Libya, Syria, or Yemen, where violence has even at times escalated and the sincerity of the parties has to be demonstrated; and because the US and Russia are not playing a very helpful role. In other theatres, there are more promising signs. In Anglophone Cameroon, the Southern Cameroons Defense Force (SOCADEF) one of the leading armed groups, has declared a unilateral ceasefire as of 29 March, which it has since extended in spite of an armed encounter with government troops (which are yet to join the call for ceasefire) on 10 April. Such moves of goodwill must be strengthened and supported. We have a unique opportunity to turn the millions wasted on killing, to development and proper governance of many countries around the world. 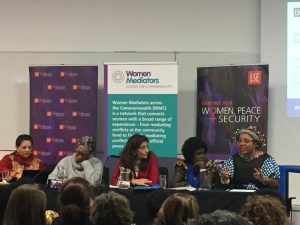 How can we do that? Internationally, by giving credit and space to those showing such good will. But this is not enough. Governments, civil society groups, donors, can create “Groups of Friends” in support of peace processes. Such formulas have been tested, from El Salvador (Friends of the Secretary-General) to Mindanao (International Contact group). The experience exists, it can be adapted to the local contexts. These groups of friends can provide advice, support, encouragements and invite more forces to join into this dynamics. Everywhere, it is urgent to use the window of opportunity offered by the pandemic and join the peace efforts in the various hotspots around the world where peace is possible and necessary. 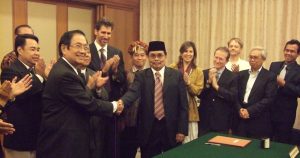 (photo: peace talks on Mindanao with the ICG members)

On the domestic scene, where many governments will be tempted to develop authoritarian regimes on the pretext of keeping the virus at bay while at the same time far-right and far-left groups will proliferate to challenge the monopoly of force by the State (which has proved incompetent to protect the population), non-violent methods can be imagined as well. As reported by the Guardian, women’s groups have launched a feminist emergency plan in Chile against gender-based violence; in Spain, more than 15,000 people have coordinated a rent strike without leaving their homes. In Israel, thousands protestors demonstrated against the erosion of democracy under Netanyahu while observing physical distancing. Globally, many youth activists are moving their weekly global climate strikes online, conducting tweetstorms, developing toolkits for civic action, organising teach-ins and developing accessible websites about climate change. 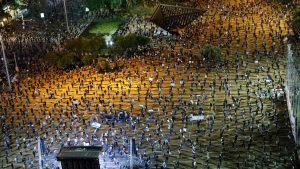 The times are challenging. But they also offer an opportunity. Let us stop inflicting more suffering and unite to stop the pandemic. Maybe you consider this a dream? Without dreams we are not humane. We can act now to turn the dream into reality.