Read about these 3 Innovative Projects that need your Support today 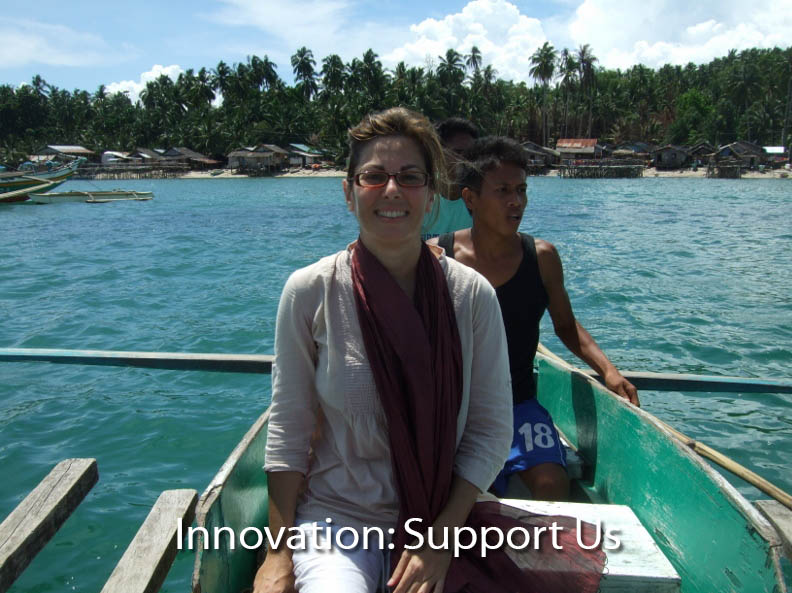 Beyond peace designs and promotes innovative projects aiming at increasing compliance and reducing human suffering. The following 3 projects need support. You can endorse 1 of them! All support is welcome.

Project 1: Rewarding Compliance through an International Award for military upholding IHL and the Rule of Law 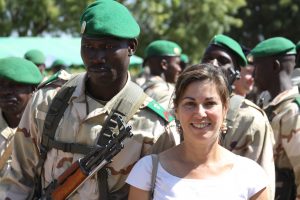 Our first project aims at encouraging compliance by way of rewarding compliant behaviour of armed forces.

While mechanisms are in place to criticize and punish armed forces’ behavior when at fault (civil society, Human rights NGOs, ICC, internal processes), or to reward armed forces’ bravery in combat (military promotions and medals), there is generally little way of promoting and rewarding those who comply with international humanitarian law (IHL) and Rule of Law and those who avoid massacres. It took 30 years for the brave soldiers who stopped the famous My Lai massacre to be awarded the Soldier’s Medal (one of them posthumously). How many heroes are left without any recognition, or, worse, are being sidelined or even punished for doing the right thing?

Yet, in many countries, policies and legislation are in place to enforce the rule of law and IHL. But the systems to reward those Commanders who apply and promote these standards are largely non-existing or ineffective. The main reason is that it is easier to identify those who engage in combat than those who prevented a massacre. It is also more in link with a millenary tradition. While understandable, this situation does not allow sufficiently for the successful promotion and implementation of national and international norms and policies.

At a time where the world is appalled by the levels of savagery displayed by Daesh and other groups, it is about time we reward and encourage compliant behavior, not only during acts of violence but including all efforts made to prevent massacres and to uphold IHL, RoE and the rule of law.

We recommend the creation of effective mechanisms to support and reward the Commanding officers who take the right decisions and who respect national and international norms and policies. This 2015 project was presented at the Future Force Conference in The Hague in February 2017.

For more information and for support:

Project 2: Develop and Implement the IHL and Prevention of sexual violence training in CAR

The purpose of this pilot project was to improve the behaviour of the Central African armed forces (FACA) by integrating International humanitarian law (IHL) and prevention of sexual violence (PSV) in the training delivered by the EUTM Bangui.

After the eruption of the conflict in CAR in 2013 that saw widespread sexual violence against civilians, the country is undergoing an internationally supervised transition, including the deployment of the MINUSCA and of an EU CSDP military training mission (EUTM RCA). During the crisis, the Central African Armed Forces (FACA) were largely inefficient. The population considers that they failed to protect them and that they participated in the extra-judicial killings, the rapes and looting. In spite of the past misbehaviour, the deployment of FACA would be welcomed as the only symbol of state presence. But for that to be successful, the FACA would need to improve their capacities and especially their behaviour. The training currently available to them suffers serious gaps. As expressed by an observer: “what the FACA need is not to learn how to shoot strait, but to improve their behaviour”. 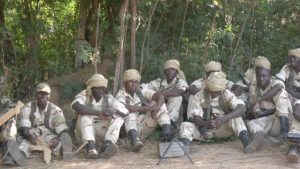 Beyond peace established a partnership with the EU training mission in CAR and obtained funding from the UK Government. The available funding allowed for a 6-month pilot project.

After conducting a context analysis, an applicable law analysis and a tactical environment analysis, we designed a tailor-made course for the CAR armed forces (FACA). The training curriculum is specially designed for the FACA and includes lectures, drills, and evaluations. It includes lectures, tactical drills, group work, practical dilemmas and an evaluation system.

From July to December 2017, we trained 900 soldiers, NCOs and Officers. We trained 8 Instructors with our unique methodology and contents. The project was saluted by CAR Minister of Defense and Speaker of Parliament. See more in “Even Wars have Limits” section.

If you want to support us establish similar projects in other conflict affected countries, you can contribute online:

Project 3: Storytelling for a cause / Women’s narratives and strategies for peace and security

This projects aims at identifying, highlighting and sharing effective women’s contributions in enhancing peace and security in their communities.

In 2000, the UN Security Council unanimously adopted Resolution 1325, which gives three directions to a wide array of actors including member States, policymakers, the military, humanitarian actors and donors:

The resolution itself emerged after decades-long efforts to prevent the violation of women’s rights and to provide for their participation in policy-making and peace and security efforts, such as the adoption of the Convention on the Elimination of all Forms of discrimination Against Women (CEDAW), in 1979; the Beijing Declaration and Platform for Action, in 1995; the ECOSOC Agreed Conclusions on Gender Mainstreaming, in 1997 ; the Security Council Presidential Statement (Bangladesh), on 8 March 2000; or the Windhoek Declaration and the Namibia Plan of Action on Mainstreaming a Gender Perspective in Multidimensional Peace Support Operations, in May 2000. 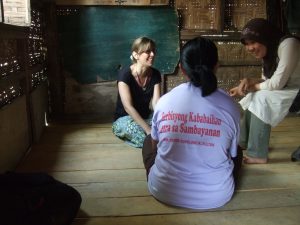 While the international political and legal framework is set at the highest levels and while many Governments have come on board by designing their national action plans, there is still a huge gap to fill before this vision becomes reality. In 2014, the UN launched the Senior Women Talent Pipeline in order to fill one of its own gaps: the absence of women at highest levels of peace and security structures within the UN system.

The international movement to increase women’s inclusion keeps unfolding, with its successes and setbacks. But in parallel, women lead every day efforts on the ground to improve the security and safety of their communities and they design their own strategies in a very unique way

Purpose of our project

By supporting this project, you contribute to enhancing community security, women’s participation, and a shared sense of increased and inclusive peace and security for everyone, at all levels. You add flesh, reality-check and concrete outcomes to our highest policies.

For more information and for a budget :

The Women Peace and Security agenda and Prevention of sexual violence →